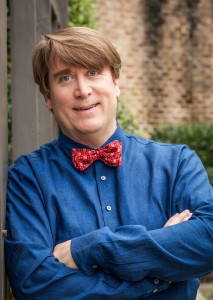 I have loved words and images for as long as I can remember. As a kid in Garner, NC, I earned pocket money mowing lawns. The hum of the engine was my metronome. I’d compose one new song after another pushing the mower back and forth on Saturdays. By the 8th grade I’d hit the big time and was supplementing my income with a job pulling weeds from a pick-your-own strawberry farm. Flush with cash, I bought a Sears stereo.

For my 16th birthday, I received a 35 mm camera, a Pentax K1000, everything manual. I  showed my work around Raleigh. The week after high school graduation, I started a summer job as a DJ on an AM radio station that played religious shows in the morning and classic country the rest of the time. I created an oldies show for Sunday afternoons. I combed the fine print of albums to see who was writing the songs. The station was, in fact, a trailer parked in a vacant lot on the edge of town operating under an FCC license that allowed only daylight transmission. Welcome to show business.business.

At Chapel Hill, I studied film in the classroom and practiced journalism outside of it. I booked bands for campus and dorm concerts, kept writing songs and began sketching out a fictional character, Lassiter James, whose songwriting talents exceeded mine. I was getting a first-hand taste of troubadour life hanging out with Bruce Frye, a long-haired country music star who played saloons from the NC coast to Nashville. I spun his 45 in my summer DJ job and got the record onto one of the great early 80s juke boxes in Chapel Hill, at Troll’s.

College graduation led to gigs in broadcast news and newspaper journalism, which led to graduate school, media consulting and several years as a newspaper columnist, which led to lots of academic articles, newspaper clips, book chapters, conference presentations and, finally, a Ph.D. Having spent my life in North Carolina, opportunities now emerged in Washington, D.C., Miami and Atlanta. I was mixing and matching skills from social science research, reporting and writing to create and re-imagine jobs at foundations. Philanthropy, it turned out, was interested in the same kind of interdisciplinary, creative thinking that journalism used to value.

Then one day at Five Paces Inn, my neighborhood tavern in Atlanta, the John Prine “Spanish Pipedream” lyrics got to me. I decided to take Prine’s advice and throw out my TV. In short, I pledged to consume less junk and produce more art.

First came a novel, Fair-Skinned Brunette With the Porcelain Shine – where the story’s hero, Lassiter James, or Lassie, to his friends, really did find success writing country music songs. The novel needed an accompanying songbook, of course, and the great Don Dixon fell out of the sky to help me finish the songs and produce the album. It was as if John Prine himself was sending a reward, and he sent Dixon instead of peaches.

Words and songs fueled the photography, and 37 years after that Pentax I acquired my second camera, a Sony a6000. Laura Compton deserves credit for nudging me to create the online galleries at this web site, and I’m grateful to Press & Grind in Atlanta and The Hive in Concord, NC., for showing my work.

My latest photography project, Troubadours, celebrates live local music and attempts to explain what makes the experience so magical. I hope you will check out the Troubadours photos. Then turn off your TV (or phone and ipad) and check out local artists in your town – or, better yet, go create your own art. Enjoy the peaches.

You can find me in Atlanta, where I work, or in Concord, NC, the town where my wife, Betsy, grew up and where I spend down time. We have two dogs who run the house and rhododendron, irises, susanqua, jasmine, peonies, roses, photinia, wisteria and a bitternut hickory that color the seasons.